I recently listened to the podcast on Red Ice Creations featuring Mark Gray. It’s really good! It regards symbols, number codes, and events surrounding the missing Malaysian plane, flight MH370. Mark also has a Facebook page where he builds with others to help put the [Pi]eces of the puzzle together. I started making additional connections and decided to share them here.

Let me add, I’ve been writing about HORSEs prior to this year, the CHInese year of the HORSE. HORSEs are a huge theme this year. In my last blog post, I mentioned Marius, the giraffe that was put down by the Copenhagen Zoo. At the time, I hadn’t noticed, but Marius has two additional codes in the name, beside the obvious MARS and ARIES. It also contains MAR, which means “sea,” in Spanish. “MARE” is “sea” in Italian. A MARE is a type of female HORSE. When we add MAR + SEA together, we get MERCY. The MAR = “sea” and by adding an “E” (MARE) to the end, it becomes a female HORSE. Of course, I AM writing this under the astrological sign of the RAM, which is a reversed MAR(S)/MAR(E). 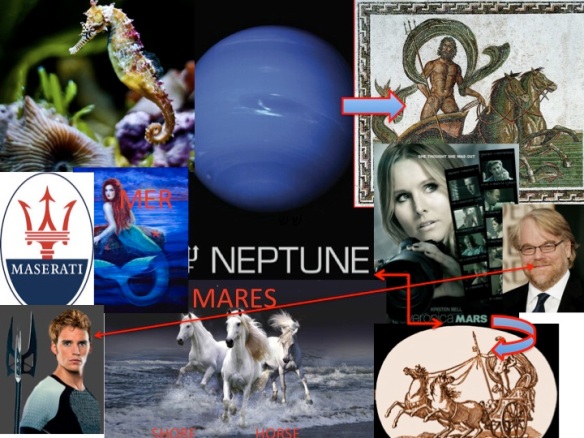 VE(NUS)ronica MARS lives in the fictional town of NEPTUNE. MARs, the god of WAR, rode on a chariot pulled by two HORSEs named Phobos and Deimos. He holds the HORSEs with his ARM. Both Philip SE[A]ymour Hoffman (“PLUT(O)arch Heavensbee”) and Sam Claflin (“FINnick Odair”) were in The Hunger Games: Catching Fire. Finnick plays the NEPTUNE archetype with his TRIDENT. NEPTUNE carries a TRIDENT and is associated with HORSEs. Philip means “lover of HORSEs.”

On one of Mark Gray’s Facebook posts, I made a comment adding in additional codes/syncs pertaining to the events leading up to the missing Malaysian plane. Below is the screenshot I took of my comment. Mark had made mention that July 23rd is the “feast of Neptune.” I created a video back in September of last year mentioning that July 23rd is also when the annual flooding of the Nile River took place in Egypt. It’s also the first day of LEO (the SUN/SON), and the day after Pi day, July 22nd (22/7=3.14/Pi).The “DOG/(GOD) Days of Summer” begin on July 23rd, when Sirius the “Dog Star” rises from behind the sun. Miley Cyrus made a song last year titled “23.” Miley dons a jersey dress sporting Michael Jordan’s famous basketball number, 23. MJ = 23.

Mark decodes that the TRIDENT (Ψ) means “THREE TEETH.” He mentions that the symbol on the Malaysian plane has two TRIDENTS which resemble the Hebrew letter/s Shin/Sin. He also mentioned that back in February, US Homeland Security announced they were receiving intelligence saying TOOTHpaste bombs were going to be used to blow up international flights. I synced in that Shin/Sin(שׁ שׂ) means “teeth/tooth,” which I’ve written about before. 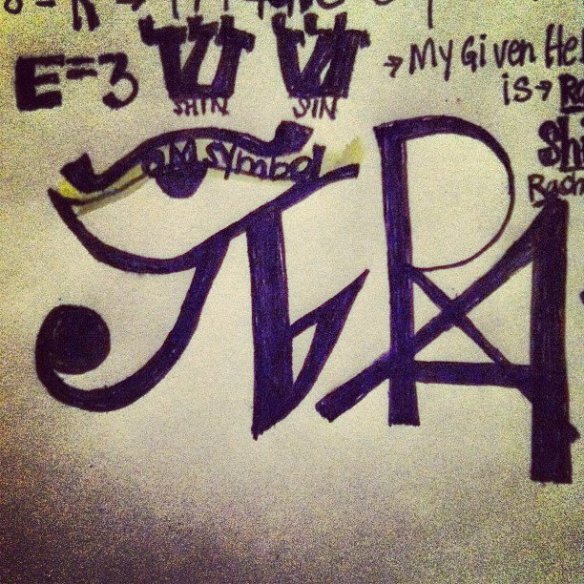 I started code-cracking the Hebrew letter/s Shin/Sin toward the end of 2012. Mark mentions how both the TRIDENTs on the tail of the Malaysian plane look like two 3‘s (33). Shin/Sin resembles the number 3, the letters E,W, and M, and of course, the TRIDENT. It has a vibration of 300.

Mark Gray‘s photo below synchromystically ties into my own reality. I am originally from VIRGINIA and my boyfriend, (another synchromystic) Jim,  is originally from NEPTUNE. I moved to the Jersey SHORE/HORSE about a year ago. CURRENTly, NEPTUNE is the next town over from us. 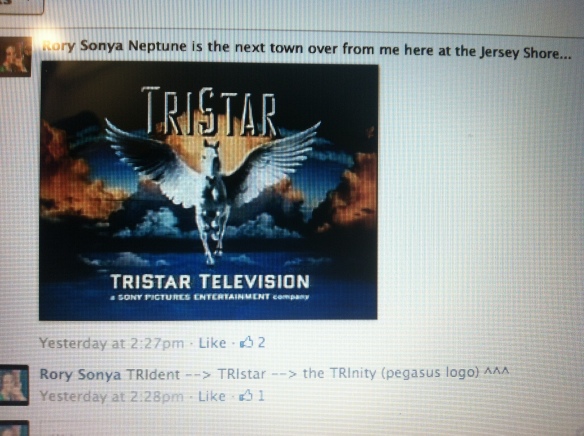 These are the comments I left on Mark’s post above.

The seahorse represents memory because it resembles the hippocampus of the brain.

As I’m writing this blog post, I break to call my mother. She is synchronistically with my niece at a Build-A-Bear workshop building a My Little PONY plush toy! My niece is crazy for those PONIES and I AM too…for I was born the year of the HORSE, in the month of MA[R]Y[E], and I used to ride HORSEs. 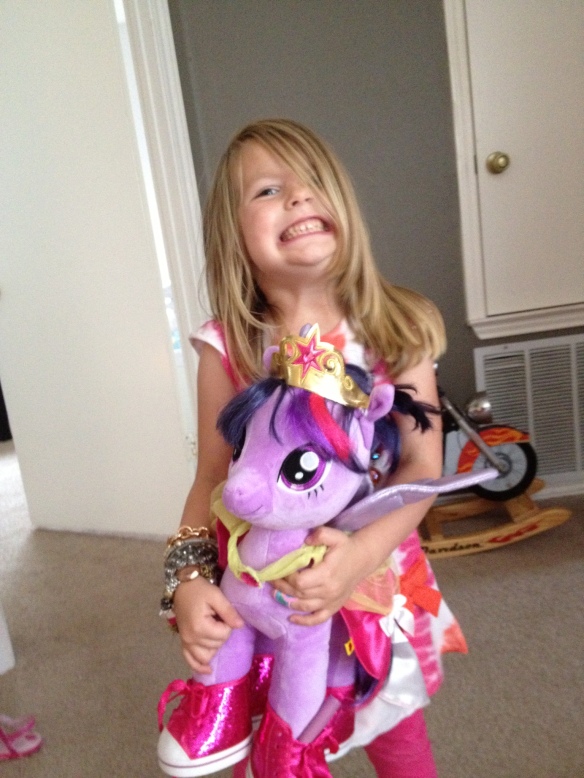 My (almost 4 year old) niece chose/built “Twilight Sparkle” of the My Little Ponies at Build-A-Bear. Of course she picks the pegasus! 😉

Thanks for reading! In order to keep up with the codes, please click on the hyperlinks in my post as well as checking out Mark’s Facebook page, and of course, listen to the podcast.

***All (R)ORiginal slides by SynchroMiss***