Well, it’s officially “the ‘DOG Days’ of Summer.” In honor of the “DOG/(GOD) St☆r,” Sirius rising, here are some HOT themes relating back to the DOG. 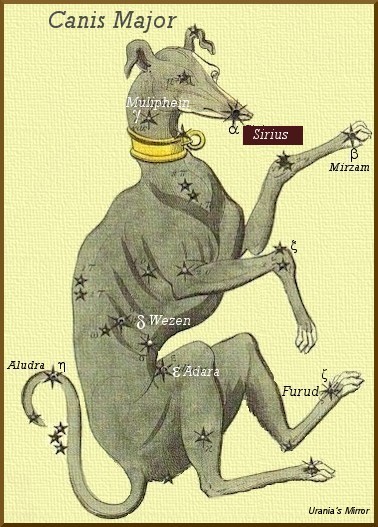 Sirius is the brightest star in the constellation Canis Major (“greater DOG“).

It’s the 4th of July, or 7.4 / 4.7.  7=G and 4=D–> G(O)D / D(O)G. The 4th of July is said to be the start of the rise of Sirius. Sirius is the brightest st☆r in the constellation Canis Major (“greater DOG“). Around this time, Sirius rises with our sun (as above), making it super HOT (so below). Many already know this, but the reason we eat HOT DOGs on the 4th of July is in honor of Sirius rising and the DOG Days of Summer. 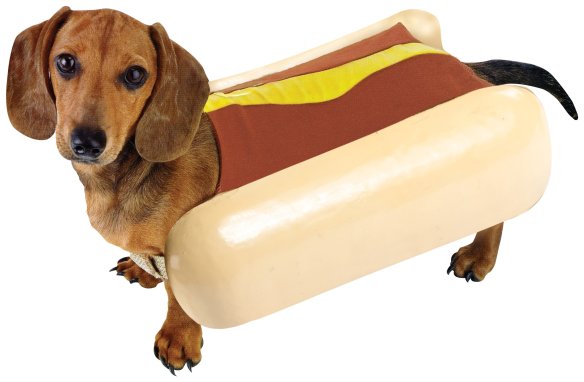 A weiner DOG in a HOT DOG costume. 😛

“July was named in honor of Julius Caesar. When Julius Caesar died, Quintilis, which was his birth month, was renamed with July. Quintilis means “fifth month” in Latin, which represents where this month originally fell in the Roman calendar.”

And another quote from Julius Caesar, Act 4, Scene 3…

“I’d rather be a DOG and howl at the moon than be that kind of Roman.” 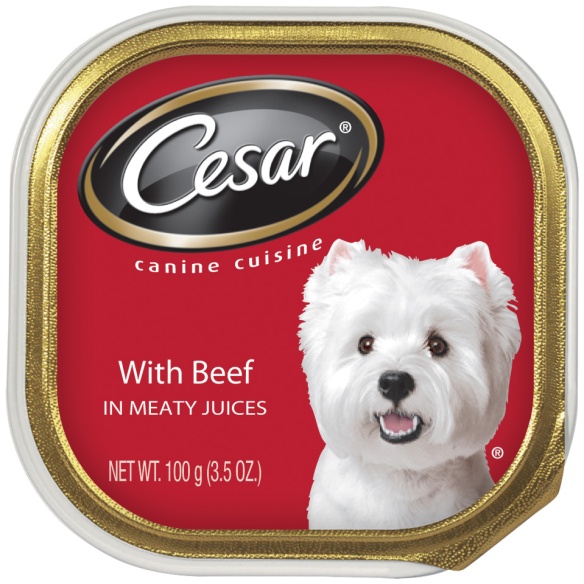 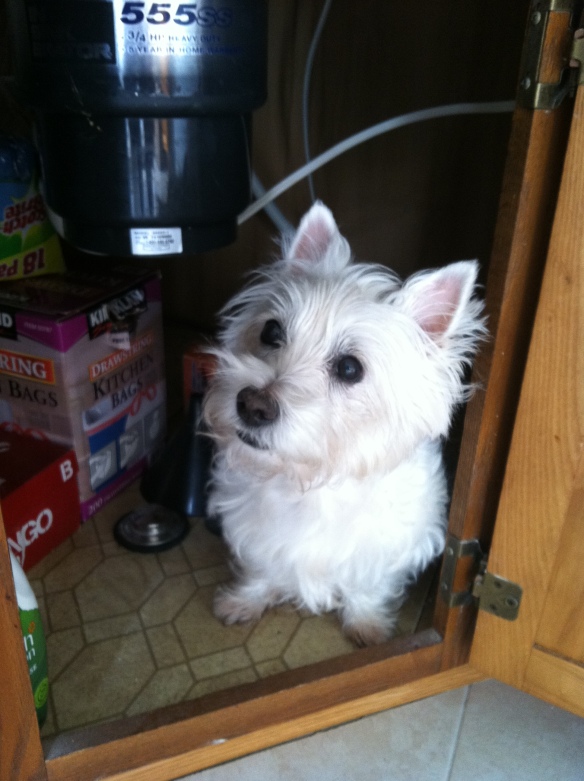 Lily Pad is my 11 year old Westie. In this picture, she is hiding under the SINK/SYNC.

CESAR Millan is a famous DOG trainer and psychologist. He is a.k.a. the “DOG Whisperer.” In the word, “whisPEREr” we find the Spanish name for dog–PERRO. CESAR is Mexican and speaks Spanish. CESAR MILlAN syncs us back to CaESAR DOG food, the famous “DOGs of war” quote from Shakespeare’s Julius CaESAR, and JUL[Y]ius CaESAR himself. Millan syncs us to MILAN, Italy and Rome, where Julius Caesar was empeROR(Y).

CESAR MILlAN had a DOG named “Daddy,” who was a (Pi)t BULL TERR[A]ier. 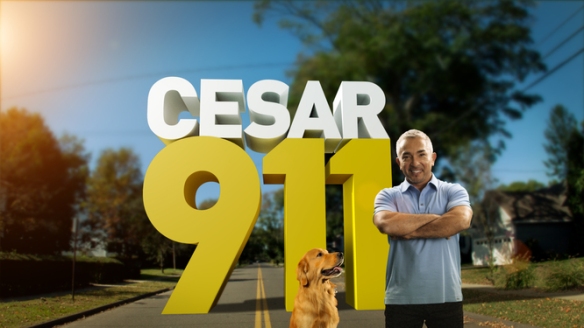 “The Dog Days originally were the days when Sirius rose just before or at the same time as the sun (heliacal rising), which is no longer true, owing to precession of the equinoxes. The Romans sacrificed a RED DOG in April to appease the rage of Sirius, believing that the star was the cause of the HOT, sultry weather.”

Daddy originally belonged to rapper RE[DM]AN before making his way into CESAR‘s life. MAN is equivalent to GOD, which is DOG backwards.

REDMAN was the former owner of “Daddy.”

TERR[A]iers are a type of “EARTH” DOG. This Pi.rfectly ties in with the current tropical storm “ARTHUR” (HER–ART/HEART/EARTH) taking place on the EAST Coast of the United States during its 4th of July holiday this SUMMER. In ancient Egypt, the rise of Sirius always coincided with the flooding of the Nile. The Nile and ancient SUMER are both part of the MIDDLE EAST. The MEDITERRAnean Sea lies next to the MIDDLE EAST region. MEDI and MIDDLE mean the same thing because they are referring to the center. The center of the alphabet, or the letters MN, is Pi (3.14). MD, or the MIDDLE, is also equal to Pi because M=13 and D=4.

At the center of a hurricane, you have the calm eye (I / I AM). When one is centered and balanced, he/she sees from the inward-out and from the outward-in. Everything is perfectly connected. ♡ 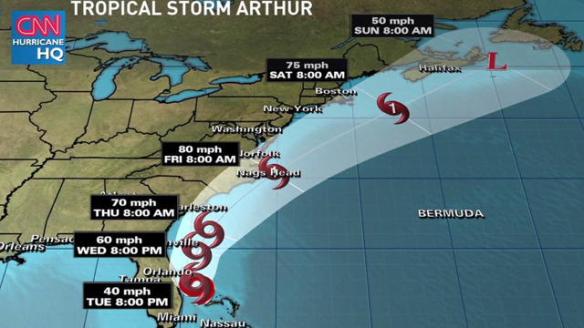 The Nile is connected to the MEDI–TERRA-nean Sea.

SUMER is to what we now call SUMMER.

Today, I am going to decode the MOOvie, “The Hunger Games.” Keep in mind, this is a decoding of the MOOvie only … I haven’t read the book.

The Hunger Games was released in the year of 20(12). 12 is the significant number here because the movie focuses on District 12. 12 is the number of Saturn. Age 12 is the year one becomes eligible for the Hunger Games. Katniss Everdeen’s younger sister, Primrose, who is 12, was originally selected.

The Ca(Pi)tol is the centralized seat of power in (PAN)em. It’s akin to Washington, DC.(DC= 4 x 3 = 12)  District 12 is also a Coal Mining district. Coal = Carbon or 666 (6 protons, 6 neutrons & 6 electrons/6 x 3 = 18). Under pressure, which is what the Hunger Games tributes are put under, Carbon becomes a diamond. When we as humans morph our DNA by upgrading from our Carbon structures, we become diamond bodies or crystalline.

Peeta or (Pi.ta bread) was the son of a baker. Here, he holds the bread in front of the PASTRIES sign = PAST  TRIES. TRIbutes from the PAST had so many TRIES to stay alive. By flipping the “b” to a “P/p” & altering a couple of vowels, TRIbuTES can become the word PaSTRIES. PEETA = Pi.ta = PAN which is s(PAN)ish for bread. PEETA is also PTAH or Ju[Pi.TA]UR.

PeTA (Pi.TA) syncs in nicely with the white rabbit logo. PeTA stands for People For The Ethical Treatment Of Animals. In The Hunger Games, they hunt, kill and eat animals.

This is CINna, played by Lenny Kravitz. Cinna sounds like SIN-a and SIN is a Hebrew letter.(שׂ) Kravitz is half-Jewish. SINc ! 😉

A CINnabon is a type of PASTRY made with CINna(M)o(N).

I watched Jim Gaffigan’s “Beyond the Pale” the night before I watched The Hunger Games. In this (bi)t, Jim jokes about CINnabon. Please NOTE Jim’s joke/reference to PANts! This video is also 1:43 long! … Of course…

Katniss plays the role of the Archer. ♐

Glimmer has her bow & arrow here which Katniss later steals.

Lately I’ve been watching the classic 80’s cartoon SHE-RA which I also grew up watching. As sync would have it, SHE-RA features 2 characters who relate to The Hunger Games, “Glimmer” (on the far left) & “Bow” (far right). SHE-RA (center) is also my best friend. Bow also has a horse named “Arrow.”

RUE is also an herb I saw the same day at Allaire State Park, just hours before I watched the movie. 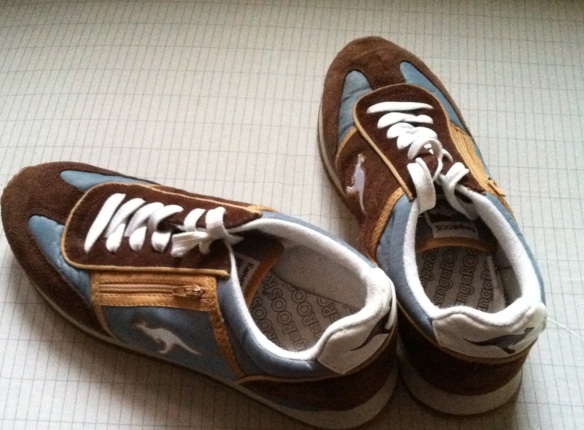 I am also currently and synchronistically selling my kangaROO sneakers via ebay.

While I haven’t read the book, I have done a little research on The Hunger Games via Wikipedia and synchronistically I stumBULLed upon some interesting character names. Gale has three younger siblings, one of which is named Rory who is 12. This too, is my name. Another one is named Vick. Vic happens to be one of my friends as well as my best friend, Amanda‘s boyfriend. Amanda is a 7th grade English teacher and this book was very popular amongst her students. Castor and Pollux, who I’ve recently blogged about are two additional characters as well as Tigris (Jupiter) and Goat Man (Capricorn).

Thanks for taking your time to read this. My other half, Jim, greatly contributed to this post. Please feel free to share this if you liked it or if you were activated by reading it.