In my last blog post, I made connections linking the FIRE and ICE theme by tying it to Norse mythology. I mentioned the ALS ICE Bucket Challenge, the ISIS beheading of James Foley, as well as what’s happening in Ferguson, mIS[I]Souri. Here are some additional syncs and codes… 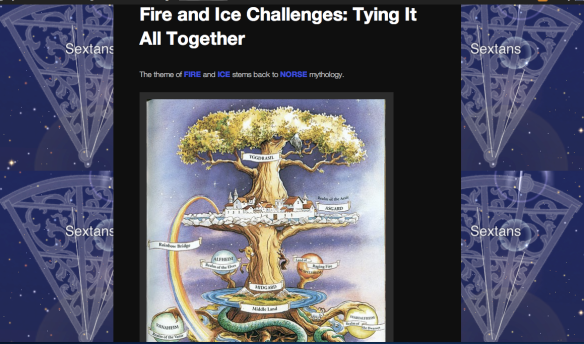 JustICE for Trayvon Martin. The 2012 scenario is a mirror of what’s now taking place in Ferguson, mIS[I]Sori with Michael Brown. ICE/ISIS is the theme tied to both stories.

Mark Gray, a fellow sync-head and code-cracker, made another amazing slide tying together ISIS and Khepri of ancient Egypt. To add on, a sCARAB is a type of BEETLE. If we remove the S in sCARAB and read the word backwards, we get the name BARACk, as in BARACk Obama. Also, we find the word ARAB in scARAB, and the ISIS organization is of ARAB descent. BARACk is a fellow LEO (his birthday is August 4th). The ISIS beheading of James Foley and the ALS ICE Bucket Challenge occurred under the sign of LEO, which we just transitioned out of. 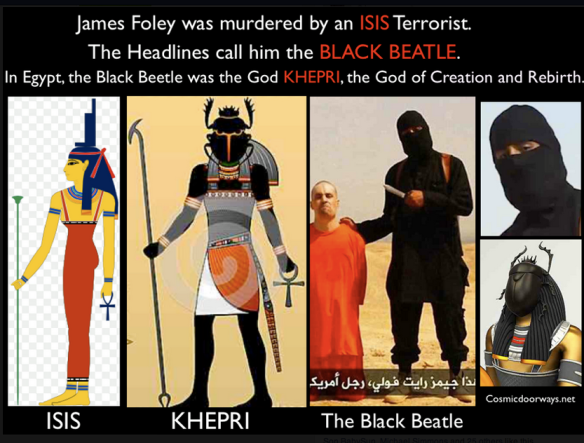 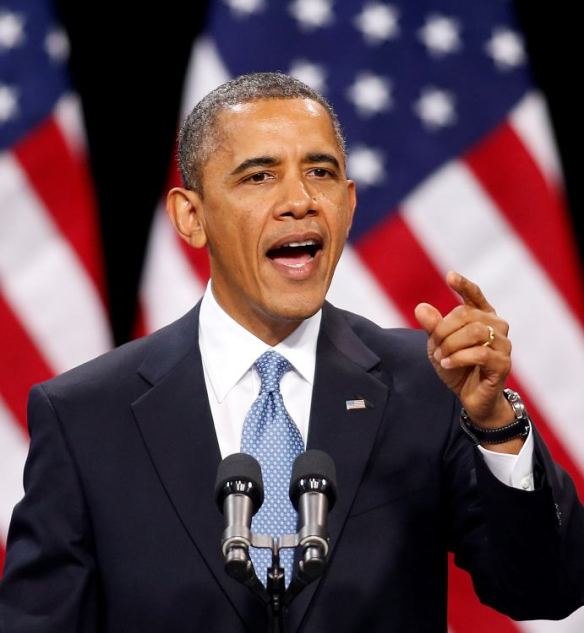 Adding to all of that, SCARAB contains the word SCAR[E] in it. SCARE is connected to the color ORANGE. James Wright Foley wears ORANGE in the beheading photo, and the BLACK BEATLE wears BLACK in the same photo. ORANGE and BLACK are the colors connected to the next big holiday–Halloween, where SCARING people and SCARY stuff is the central theme. LION (LEO) King incorporates a lot of the ORANGE color, as I mentioned in my previous post. SCAR, like the BLACK BEATLE, is the villain in the movie The LION King. The reason we pay attention to these types of stories is because subconsciously we want to be SCAREd. 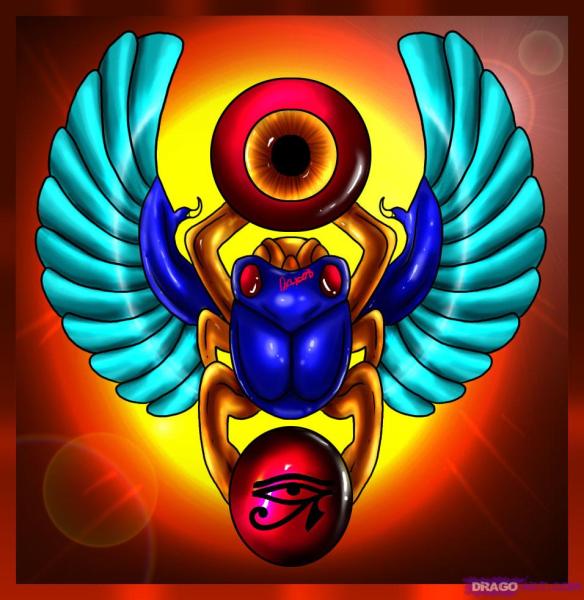 In Ancient Egypt, the dung BEETLE (now known as Scarabaeus sacer )was revered as sacred. 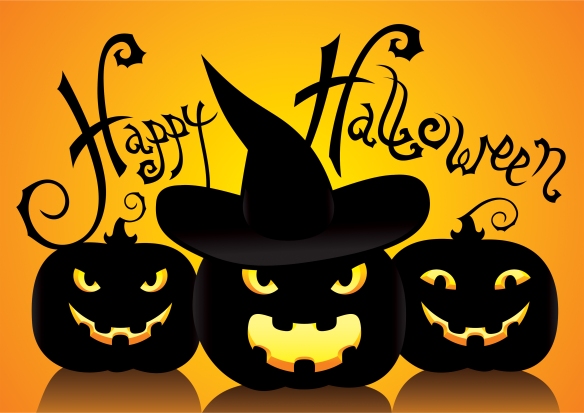 Halloween’s theme colors are ORANGE and BLACK. It is a SCARY holiday. 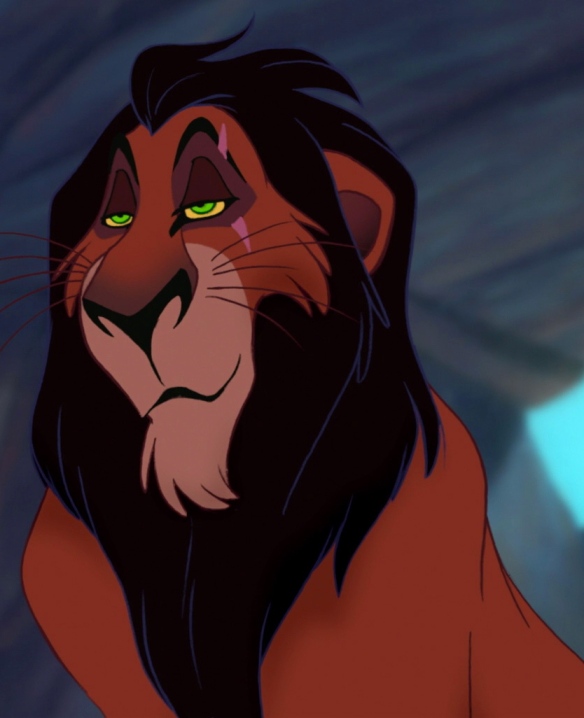 SCAR is the LEO LION villain from The LION King. 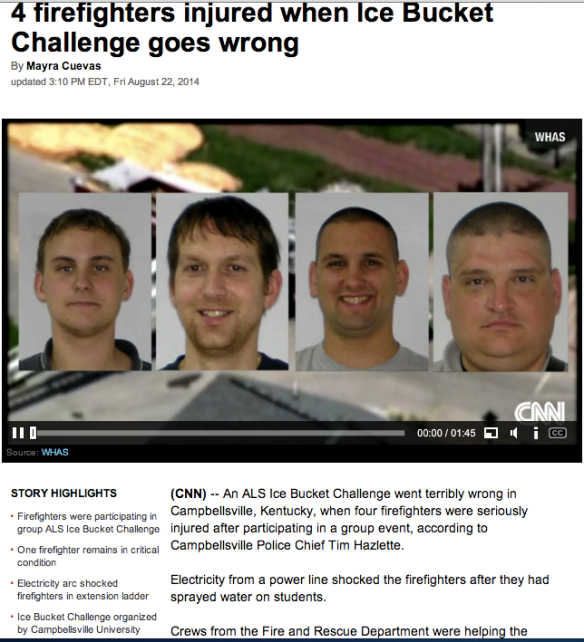 FIREfighters were injured during the ICE Bucket Challenge possibly SCARring themselves. Source

A lot of people get caught up in the duality in the news. In reality, they are one in the same, because BARACk is not only “BLACK,” but his name is a scRAM-BULLed sCARAB (BEETLE/BEATLE). Thus, there is no separation between the BLACK BEATLE and BARACk, because these people are represented by the same archetypes. 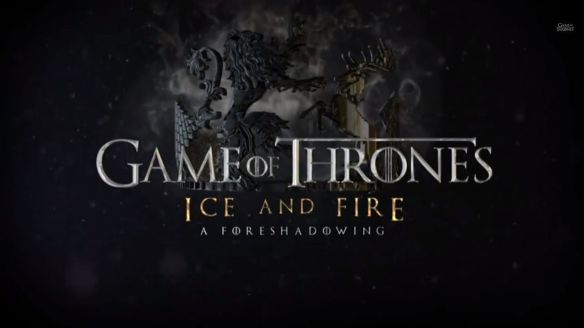 Game of Thrones is a series featured on HBO. HBO is a scRAM-BULLed BHO, Barack Hussein Obama’s initials.

ALS =  32 in simple gematria. What temperature does ICE freeze at? 32 degrees! ICE is typically in the shape of a CUBE. Saturn is associated with time and systems of measurement, i.e., days, years, rulers, and physical shapes (CUBEs and boxes). Obama was born on August (8) the 4th —> 8 x 4 = 32. His initials are BHO. B = 2—>HO = H2O, or WATER. When FIRE melts ICE, it becomes WATER. We will return to the WATER momentarily… 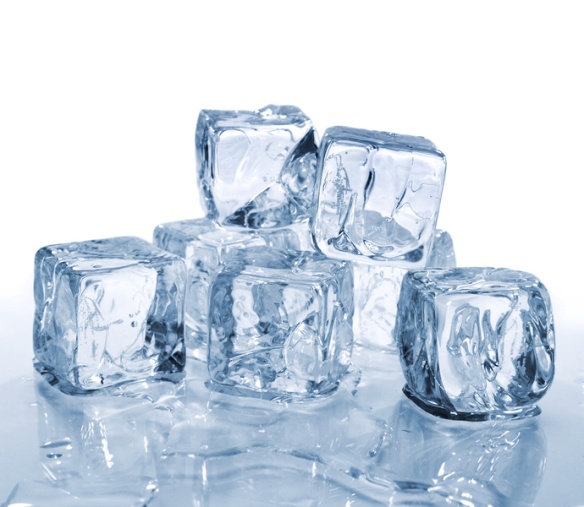 WATER freezes at a temperature of 32 degrees. It’s in the shape of a CUBE. The CUBE is associated with Saturn and time. 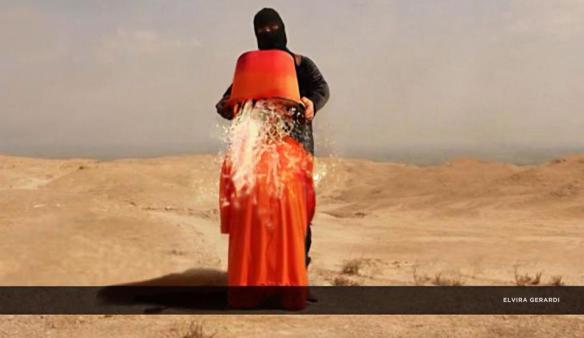 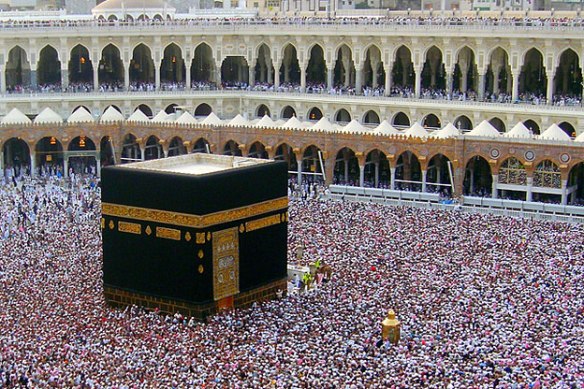 The Kaaba is a CUBoid structure at the center of Islam’s most sacred mosque, Al-Masjid al Haram, in Mecca, Saudi Arabia.

LAS Vegas (LAS = ALS scRAM-BULLed) is the place where one goes to get LUCKY. Lou Gehrig (who suffered from ALS) had a famous speech titled “The LUCKIEST Man on the Face of the Earth.” He was also nicknamed “The Iron HORSE.” HORSEshoes symbolize good LUCK. Again, as mentioned in many of my posts in the past, this is the Chinese year of the HORSE. HORSEs like to lick SAL (Spanish for SALt), which is a reversed LAS. 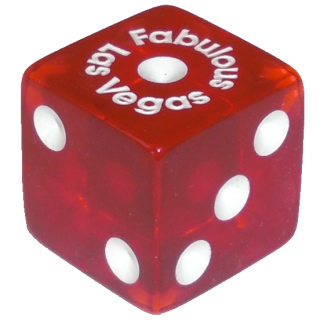 Lou Gehrig’s “The LUCKiest Man on the Face of the Earth” famous speech. 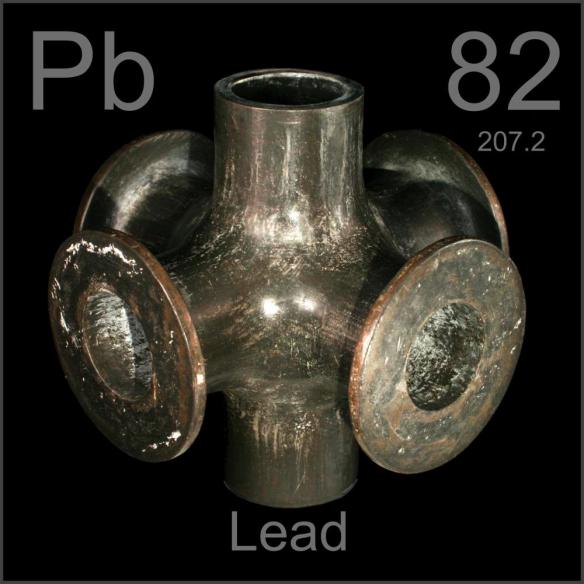 Lead is Saturn’s metal. ALS (Amyotrophic Lateral Sclerosis) is theorized to be caused by lead exposure. 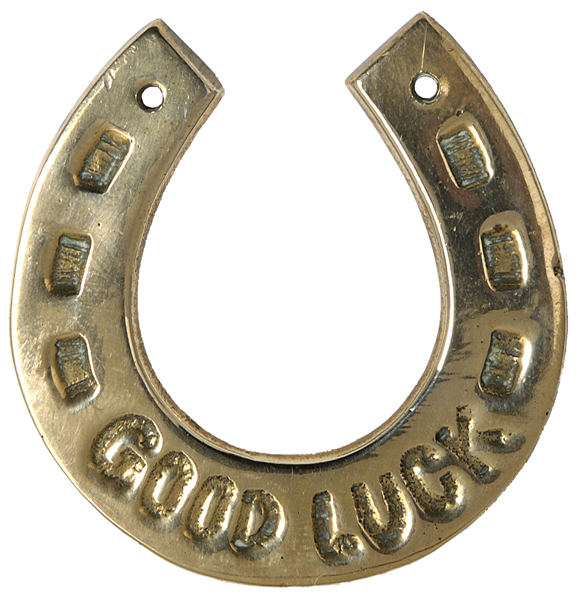 HORSEshoes are a symbol of good LUCK. 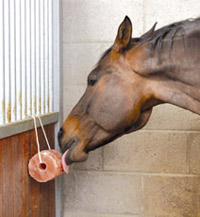 COReY GRIFFIN, one of the founders of the of the ALS ICE Bucket Challenge, recently died in a DIVING<–(**Save this for later**) accident in WATER. GRIFFIN ties us back to Peter GRIFFIN, DAD (**Save the DAD for later**) of The Family Guy cartoon. Peter GRIFFIN has recently been associated with the late ROBIN Williams because ROBIN was featured on an episode. ROBIN is a scRAM-BULLed NaIROBI. What is NaIROBI? It is the caPital and largest city of Kenya. Theories speculate that OBAMA is of Kenyan descent. In the ePisode and clip of Family Guy below (“Fatman & ROBIN“), notice how ROBIN Williams mentions BARACk OBAMA at 1:28. 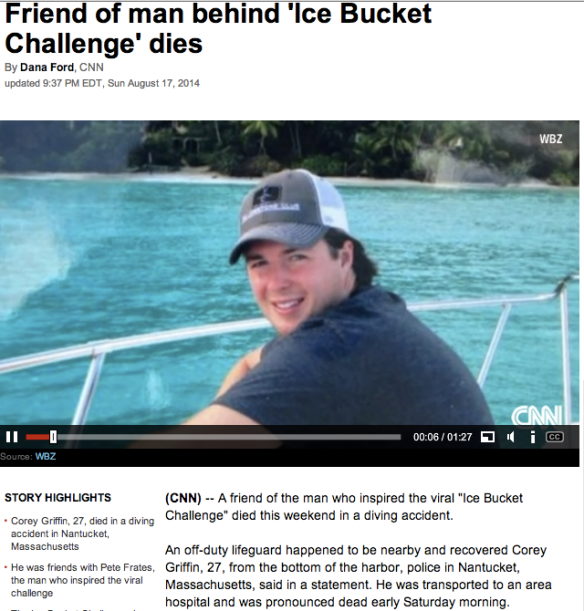 Some people want to know. 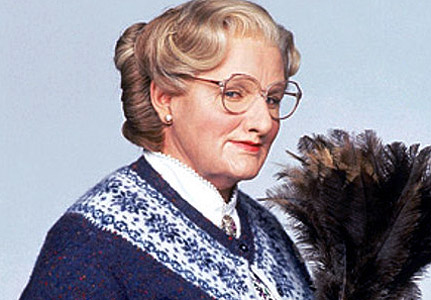 Of course one of Robin Williams’ most popular films is Mrs. DoubtFIRE.

FIRE and ICE melt WATER. Neptune/Poseidon (“God of the sea”) is associated with HORSEs and WATER. This all connects back to Corey GRIFFIN, because he perished by drowning in WATER. Robin Williams supposedly died of asphyxiation, which is basically suffocation. Drowning and suffocation are the same thing because in both cases one doesn’t get enough oxygen (O2). O2 leads back to the H2O or WATER. 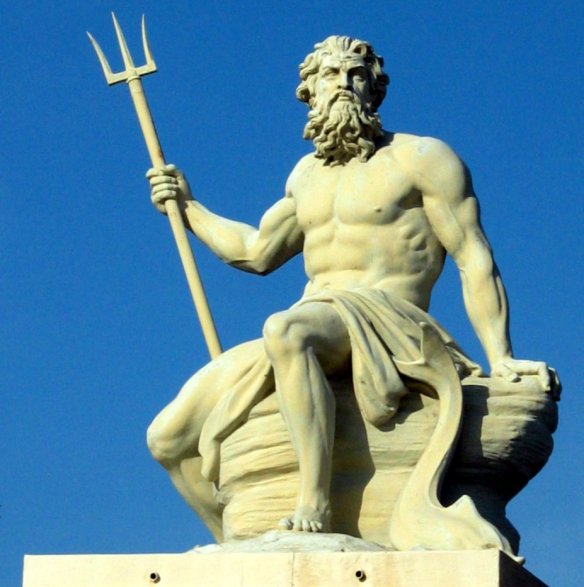 Poseidon (in Greek mythology, and Neptune in Roman mythology) was the god of HORSEs, the sea, and earthquakes.

A tale of 2 COREYs/CORYs. Fellow synchronaut, Sibyl Hunter left a comment on one of my previous posts which syncs in perfectly with this one.

I recently watched World’s Greatest DAD starring Robin Williams. In the film, Williams’ character’s son dies due to an autoerotic asphyxiation accident. To avoid embarrassing his son, he stages his death as a suicide by hanging the body on a closet DOOR with a suicide note. This is a sort of a parallel of Robin Williams’ death. His character was also on the DIVE team in college. At the end of the film, he is seen DIVING off the DIVING board into a pool of WATER. 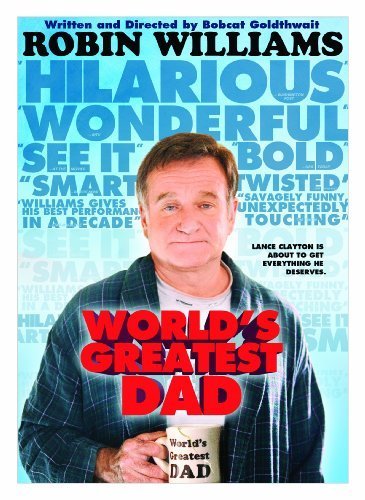 World’s Greatest DAD is a dark comedy written and directed by Bobcat Goldthwait. 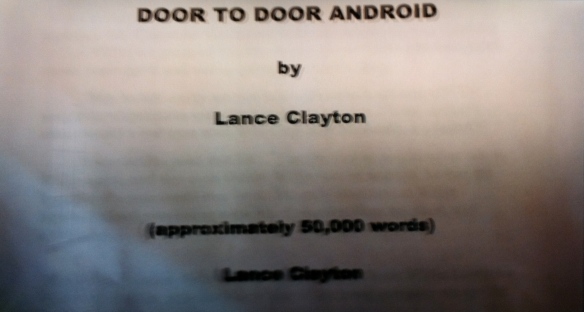 In the beginning of World’s Greatest DAD, we learn that Lance Clayton (Robin Williams’ character) is a writer. They flash a scene of one of his novels titled, “DOOR To DOOR Android.” In the film, he places his son to hang on a closet DOOR masked as a suicide, to hide the real reason of his death. Robin Williams was said to have been clothed in a seated position, unresponsive, with a belt secured around his neck with the other end of the belt wedged between the clothes closet DOOR and the DOOR frame. 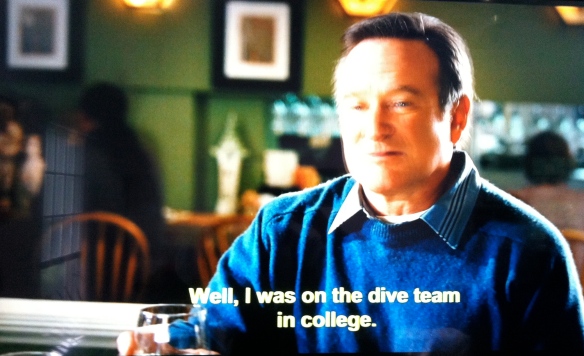 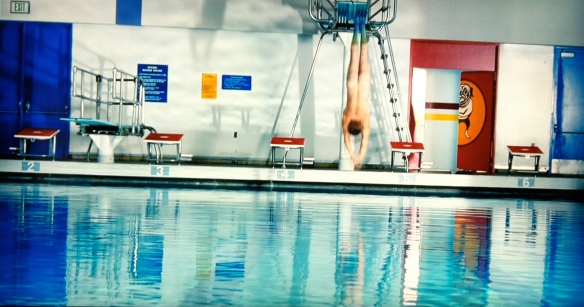 At the end of World’s Greatest DAD, Williams’ character jumps off the DIVING board into the WATER.

Truthiracy breaks down the esoteric of the death of Robin Williams in connection to Family Guy, as well as The BEATLEs (part 3). All three videos are featured below. Check them out!

All of these stories deal with elemental themes–the FIRE, ICE, and WATER. The cycle of life depends upon the elements in order to survive. Everything in reality is elementary because it is elemental. Every supposed occult code can be broken down into a simple molecular and or mathematical structure. Everything is perfect!