Last Sunday evening (February 8th, 2015), Iggy Azalea took to Twitter to share her frustrations about Papa John’s (PJ‘s = JuPiter, and the number 26 —**Save this for later**) giving out her personal phone number when she attempted to order a Pizza.

Syncing up with this scenario is National Pizza Day in America that occurs on February 9th. So are these two scenarios just syncing up, OR is Iggy Azalea intentionally part of Papa John’s recent marketing blitz for National Pizza Day? Curious, especially since she is tweeting her frustrations (or plugging the company) during the Grammys, an event that had 25.3 million viewers this year. Twitter is the perfect playground for celebs like Iggy Azalea to plug big corporations during social events on TV and be successful at doing so (generating sales for those companies). I was just reading, “In honor of National Pizza Day, several restaurants are offering special promo codes to get you cheaper pizzas, according to the International Business Times.” (source) 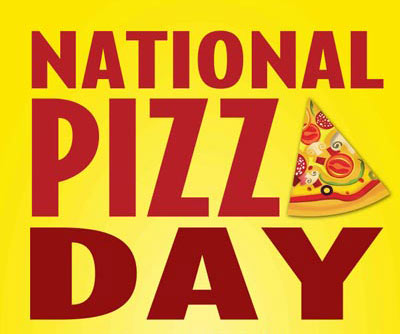 Even DiGiorno (a frozen pizza company) got in on the energy by tweeting Iggy Azalea and mocking delivery pizza.

She even replied to DiGiorno for her 4.25 million followers to see. So, was she also plugging DiGiorno? After all, it was “National Pizza Day!” 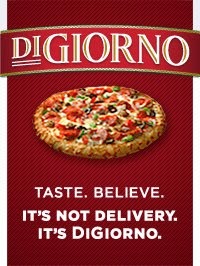 DiGiorno’s famous slogan is, “It’s not delivery. It’s DiGiorno.” Take note of how the “DI” in DiGiorno is underlined. The “DI” represents Pi (3.14), because when you flip a lower case “d” around it becomes a “P.” Pi is Pie, as in Pizza Pie.

These instances remind me of the movie “The Joneses.” The film is about a family of professional salespeople who disguise product placement as a part of their seemingly normal lives. 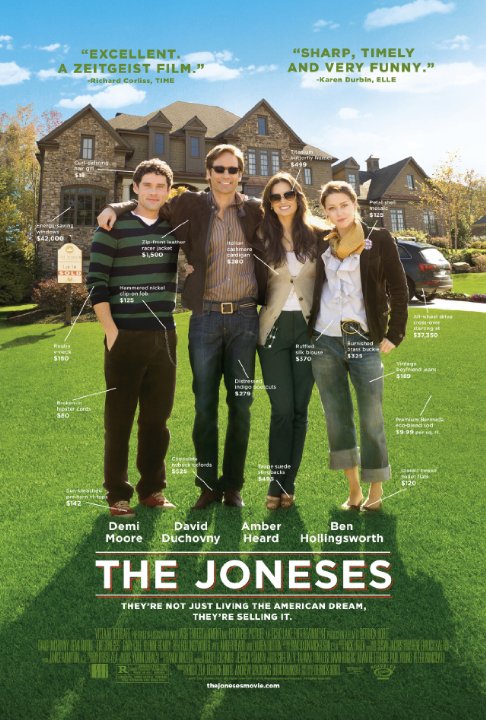 While writing this post, I stumBULLed upon the following article. Pizza Hut in Australia decided to launch what they call their “Mitey Stuffed Crust” in honor of Australia Day, which took place on January 26, 2015. This is a Vegemite and melted cheese infused crust. The article (photo below) is about how Pizza Hut has pulled a YouTube ad after failing to gain approval from Kraft (who makes Vegemite) for their Australia Day Vegemite and cheese stuffed crust pizza promotion. 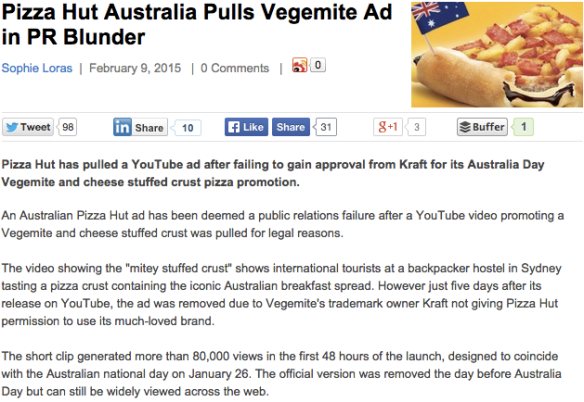 The crazy personal sync here for me is that I was in my local Wegman’s grocery the other day and I was shocked to see Vegemite stocked on the shelf for the first time! This was a great flashback, as I lived “Down Under” for a short while where I tried Vegemite. 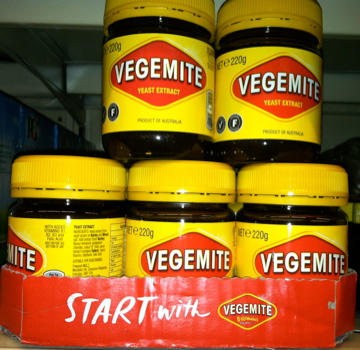 Iggy Azalea happens to be Australian and she was just mentioning pizza. This also syncs up with the Vegemite ad via Pizza Hut.

I wonder if Iggy Azalea would order this if it were available in the U.S., or is Papa John’s still her favourite?