Subaru has been running lots of LOVE-based commercials on YouTube ¢enTAURed around a man named Grant Weber who sells Pleiadian cars to DOGS/(GODS). Jim and   Rory noticed these commercials while syncing up and viewing (P)ortland(i)a skits online.  This is a very important time on Earth/Heart because everything is being blatantly revealed in all of its Pi.rfect splendor.

As noted in the previous linked-up blog above, SUBARU equals ASBURY [p.b-ARC/K = Park] because vowels are interchangeable in code-cracking.  Asbury Park is the home to many dogs (including the famous Lily An Pad, the cutest Westie ever!).  When we moved into our Asbury|Subaru apartment, we (twin flames – Rory and Jim) began feeding Lily Castor and Pollux Organic Dog Food.  Notice the very important sync:  Gemini = JIM and I = the Twins = the Twin Flames.  We are one.  Castor and Pollux, feeds the dogs below and also the dogs above (Canis Major and Canis Minor).  Castor and Pollux are part of the Gemini constellation.  As above, so below.  And, as sync would have it, Jim randomly selected “Pollux” as his notification sound on his GALAXY Nexus Android phone a few weeks ago.  Furthermore, Rory is a rising Gemini.

Let’s go a little bit deeper into Castor and Pollux, because it’s very important here.  The other night, Jim and Rory took a sync walk to DEAL (LEAD {SATURN’s metal} = 12 or 22/11:11) Lake whereupon a swan graced us with its presence.  As noted in the story of Castor and Pollux, Zeus is described as raping LEDA (LEAD/DEAL) while taking the guise of a swan.  The Gemini twins were born from eggs and what do we feed Lily with her C and P dog food?  Eggs!  Also, the swan is the [S]WANing moon that we were walking under.  A waning gibbous moon ties us into the giBBon which is the monkey/(MOON-KEY).

The swan is an interesting bird.  Not only does JuPiter appear in the guise of a swan in the Castor and Pollux myth, but the graceful bird also double-synced with Rory and I on our dog walk.  While Rory was using the StarWalk iPhone App she stumBULLed upon the constellation Cygnus which is the swan.  At the same moment this happened, I noticed that a single swan swam right up to us on our walk!  As sync would have it, Rory was reading a blog earlier on that same day that talked about the constellation.  All these Cygnus syncs made me think of one of my favorite trance tunes ever, CygNES, by Mr. Sam.

Above we see the puppies commercial from Subaru.  Puppies on Earth are symbolic of the constellation Puppis in the heavens.  The puppis constellation resides next to neighbors Canis Minor, Canis Major, Pyxis, and Pictor.  Canis Major (the “big Dog”) contains Sirius which is also known as the Dog Star.  In the Star Walk app, it is outlined by a picture of a Greyhound.  “Greyhound” is a popular song by the Swedish House Mafia and is also the name of a popular vodka drink.  SHM features prominent DJ Axwell (an encoded “OxWell” – Taurus).

The above commercial features hyBRID (or BIRD), Lab(RA)doodle/Golden Retriever/Goldendoodle designer dogs or puppies, a mix.TAUR.e of Standard Poodle and Labrador Retriever/Golden Retriever.  Rory grew up with parents who raised Standard Poodles which are 1/2 Labradoodle.  Designer dogs are the major trend right now in 3D.  The video below features a commercial for Absolut Vodka and GREY-GOOSE is another type of vodka.  Continuing home on our sync walk, we saw the owner of the Wonder Bar drive by us in a Yellow Mustang.  During the warmer months, she holds a regular event called “Yappy Hour” in which dog owners can bring their K-9s to the bar.

In the video above, the 3-DJs forming the SHM operate as Avatars in the form of greyhounds.  This syncs us back to the MOOvie/V/22/11 Avatar and the blue people (Na’vi) of Pandora.  The Na’vi represent the Hopi people.  Hopi is a scrambled (like eggs, LOL) iHop which syncs us back to the hopping of the White Rabbit, or Lepus. The dog race above features a mechanical white rabbit which the dogs chase.  We sometimes call Lily a “white rabbit.” 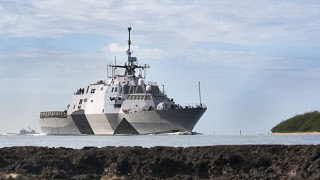 Puppis (literally Latin for “poop deck“) ties in synchromystically to many themes above, below, and in the NEWS (North, East, West, South). On some steamboats, the extreme end of the fantail supports “(M)o(N)key” rudders that mimic the operation of the main rudders in order to provide additional steering control. The Pi-Rates (Rates of 3.14) are the ones searching for the booty in all the stories.  Their treasure is marked on the map (which features the CARDINAL directions) by an X (24/Jupiter).  The chemtrails we see daily in the sky represent the X of the Pi-Rats marking their booty.  Currently, the old Pope (“poop”) is on his way out and the cardinals of the World Catholic Religion are choosing a new one.  The Pope sits in Rome, Italy in a little city called the Vatican. Interestingly, both Italy and the Bootes constellation are shaped like boots.  Not only do pirates wear boots and search for booty, but there also exist neighboring constellations which relate to all of this.  Please see pictures below for more interesting syncs on what is happening NOW.

Speaking of pirates and ships, the poop deck of Puppis connects us back to Jason and the Argo.nauts and their vessel, the ARGO NAVIS.  ARGO, as we know, is a very popular movie these days.  Directed and starring Ben Affleck (“A FLOCK” for later), the film won Best Picture/Pi.c.TAUR at this year’s OZcars.  Puppis contains 76 stars.  76 totals 13 which is this year, another year of Pi (1+3=4).  Furthermore, Argo Navis syncs us back to the Na’vi (blue people) above.  As we know from previous blogs here, blue is the color of truth and Taurus. ShiPs carry cARGO and astroNAUTS fly spaceshiPs. See the third and final Subaru/Asbury commercial below to sync deeper.

In the Grant Weber commercial above, we see a dog (Canis Minor) who wants to buy a BLUE (Taurus) Subaru (Pleiades).  He becomes irritated when he sees that a cat (his “opposite”) has PURR-CHASED the last one.  The cat represents Jupiter because of his orange color and stripes.  Also, as you should already know, Jupiter is represented by the Tiger (a big cat). 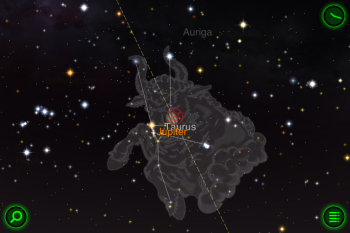 Ju.Pi.TAUR and Taurus sync up together in the Heavens~ 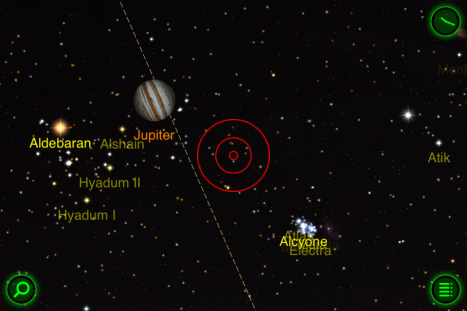 The Pleiades (Subaru), Jupiter, and Taurus are all located near one another

This is the dog in the “Blue” Subaru commercial (Canis Minor)

Let’s get back to ARGO because there are many syncs remaining in this chapter.  ARGO (Go Ra!) is a scRAM-BULL’d GORO, a famous synchromystic.  The film details the 444-day Iranian Ho-stage[d] CrISIS which ended in 1981 (the year Jim was born).  IRAN, which is a sc-RAM-BULL’d NAIR/RAIN, is a hugely encoded country which has been in the news for years.  The silly threat of mushroom clouds and nuclear war with terrorists remains as code characters see beyond the veil and laugh!  Nair removes the hair (HARE = Lepus, above) as we come out of the trance of time and space.  ARGO is also ARC-O, the Arc of the Jupiter rainbow which refracts light at 42 degrees. One of the actors in the film is Alan [p/b]ARKIN’ which syncs us back to Jason and the Argonauts because an Ark is a ship.sHIPs carry cARGO.  Astro-nauts fly space-sh(iP)s.

The song posted above is key for a couple of reasons.  The obvious AuroRA shooting that everyone’s talking, tweeting, and blogging about comes to mind.  Rory’s earlier twitter name was AuRoRA (since 2011) and she’s always sharing pictures of cloudships on In-STAG–RAM.  Finally, GUN equals 42 (Jupiter). 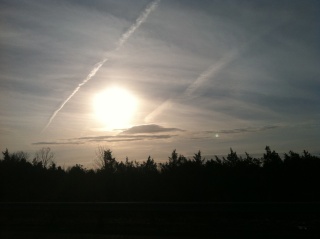 One of the MANY cloudship/flying saucer photos Rory has taken.  Notice “TPTW” have marked their TERRA-TOR/TAUR-y with an “X” to mark their spot.  (Taken 3.10.13)

Decoding “BULL+E.T.” on IG. The G-NUS (NEWS) repeatedly
reels the banning of GUNS. Saturn VS. Jupiter

Let’s delve deeper into the SEAGULL code here, because it’s really hilarious.  The one-hit won-der “A Flock of Seagulls” reflects the birds here in Asbury Park.  Second, our LandLord (LL=12/12=24)’s name is Peter [PAN] Siegel.  He collects the rent for 710 (Jupiter) 6th (Saturn) Avenue.  At nearby SunSET (Saturn) Lake we have the Duck Seagull.  Last weekend, we purchased a couch at Squan (SWAN) Furniture.  The salesman’s name?  Dave Se[a]gall!  And guess what’s located right across the street from Squan furniture?  The BLUE SWAN diner! 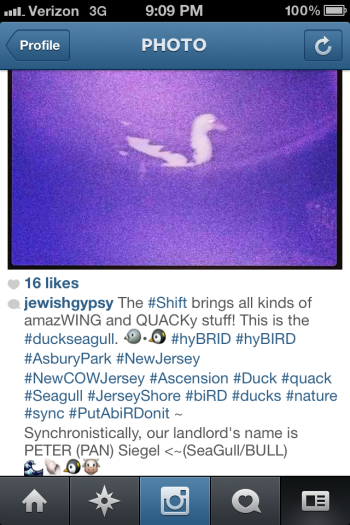 The Duck Seagull of Sunset Lake is a DUCK-SEAGULL Hybrid 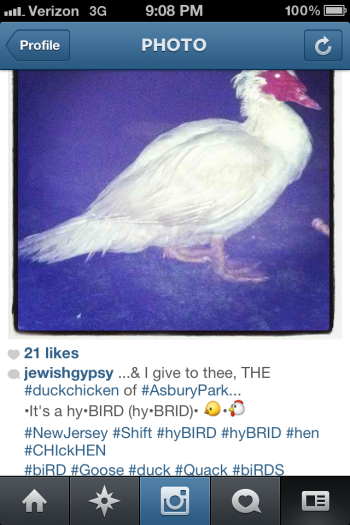 Before purchasing our L-shaped couch on Saturn’s Day, we looked at many interesting models including the “Argos” and “Hybrid.”  The flyer is posted below for sync-proof.  As we made our way back to Squan to final-eyes our pur-chase, we noticed that there were stuffed ducks on David’s desk.  Sync put us in the right place.  This blog started weeks ago, but more syncs had to be unveiled before we could put it all together.  The “Argos” model syncs back up to this year’s Best Pi.cture. Ben Affleck, and our feathered friends (as well as the salesman @ Squan furniture) while the Hybrid model is connected to the popular hybrid dogs of the Subaru commercial.  Also, Jim drives a Hybrid car (a 2004 Honda Insight).

We are very happy with our new couch.  Here is the code-cracking breakdown of Couches: Cow (Taurus) + Chi (Sexual Energy) – SE = 24/Cow Cheese – Swiss-Con-Sin/Shin.  Couch Potatoes steal tweets and info from AU-thentic individuals who purely download.  Still others feel the need to do endless “synchronicity research” or take massive amounts of entheogens to sync up.  All of this is unnecessary.  You must only live in the now and begin to realize the codes of your own life.  Beyond that, the entire outside world (which is an illusion) is just a huge matrix of codes for you to breakdown and enjoy.  So have fun!

*If you found value in this blog, please share or leave a comment.  Don’t steal or rehash.  Start downloading information on your own … All it takes is opening your eyes.